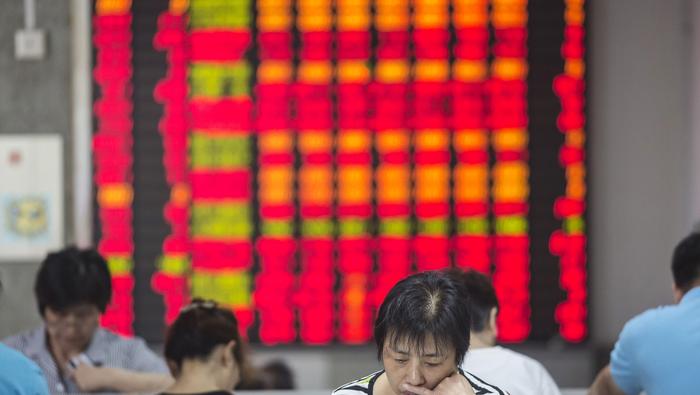 The Association of Southeast Asian Nations, also known as ASEAN, orbits the world’s second-largest economy – China. The bloc is aimed at helping to promote economic growth in participating countries such as Indonesia, Malaysia, the Philippines and Singapore. Using the Core-Perimeter model, China functions as the economic powerhouse (core) which ASEAN states strongly rely on as a source of their growth (perimeter).

The Relationship Between China and ASEAN (SGD, IDR, MYR, PHP)

On average in 2018, China accounted for one third of total trade in ASEAN nations, when looking at their top five trading partners. China’s economy has been maturing and gradually shifting away from exportsand towards consumption as the primary source of economic growth. This makes the East Asian giant relativelyless sensitive to external shocks than its ASEAN neighbors.

Significance of ASEAN Trade With China 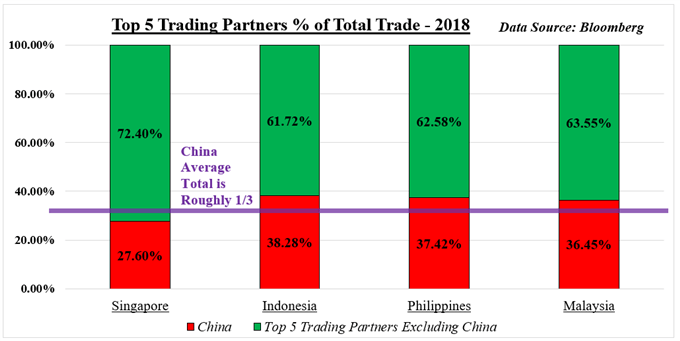 During the 2008 financial crisis, market mood substantially deteriorated along with the baseline outlook for growth. China’s year-on-year GDP fell from its 2007 high at 14 percent down to around 6 percent in 2009. Over the course of the recession, ASEAN currencies plummeted as capital rushed out of the perimeter amid signs of weaker growth from the core, the source of the regional bloc’s economic vitality.

This is because those perimeter economies (ASEAN) are more at risk of experiencing external shocks that undermine their growth trajectory than the core (China) due to their cycle-sensitive nature. The latter’s economy has been slowly shifting towards a consumer-based economy, which gives it more insulation to external shocks than outward-facing economies like those in ASEAN.

As Chinese growth began to show signs of stabilization, the prospect of that positive economic reverberation echoing out into its ASEAN neighbors precipitated a rush of capital flowing into the bloc’s assets. TheSingapore Dollar, Indonesian Rupiah, Malaysian Ringgit, Philippine Peso all rose with other growth-oriented instruments as signs of optimism from the core gave a flicker of hope for an economic recovery in the perimeter.

The China-ASEAN dynamic has another layer of complexity to it when considering how the Yuan performed relative to its Asian neighbors. An assortment of unique circumstances has produced examples where price action deviates from the patterns implied in the Core-Perimeter model. A look at how these dynamics manifested during the 2008 financial crisis, the US-China trade war and the Covid-19 pandemic in 2020 can help investors navigate similar scenarios and be prepared for instances when the assumptions of the Core-Perimeter framework are best set aside.

Key Takeaways on the China-ASEAN Relationship