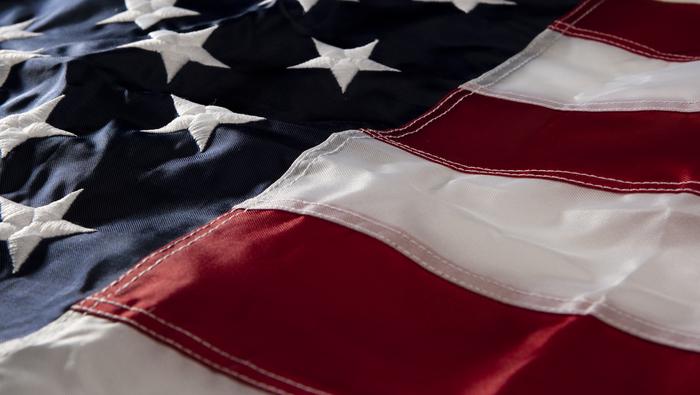 Investors and policymakers alike remain glued to their screens as polling updates in key states continue to cross the wires. The states of interest are: Georgia, Pennsylvania, North Carolina, Arizona and Nevada. If Democratic nominee Joe Biden is able to claim the latter two, then it does not matter if Trump wins the other votes. By that point, the incumbent President will not be able to catch up.

Consequently, what happens in Nevada will be critical. State officials said that updated election results will be released on Wednesday. Georgia looks like it will go to Trump but by a thin margin. The BBC wrote:

So far, Mr. Biden has won the most votes out of any US presidential candidate in history with a total of over 70 million, vs 67.2 million for Trump. The former has 243 electoral votes while the latter has 214. The incumbent has asked for a recount in Wisconsin, claiming a notable amount of “irregularities in several Wisconsin counties”. Since the margin between Trump and Biden is less than one percent, state law permits a recount.

The key takeaway is that prolonged uncertainty makes financial markets vulnerable to spikes in volatility if the outcome they are expecting – what appears to be a Biden win – turns out to be false. Because the implications of each candidate’s victory are so different in terms of their impact on the global economy, the states in the election seemingly could not be higher.

AUD/USD burst through descending resistance, but its gains appear to be getting capped at the lower bound of a multi-tiered ceiling between 0.7181 and 0.7206. Not entirely by coincidence, this phenomenon is occurring in conjunction with uncertainty pertaining to the election. Looking ahead, these technical levels may hold as long as ambiguity pertaining to the election stays, but may then soon be invalidated after a result is finally announced. 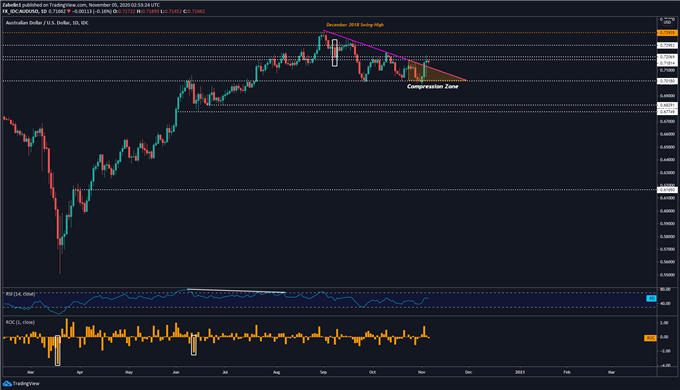