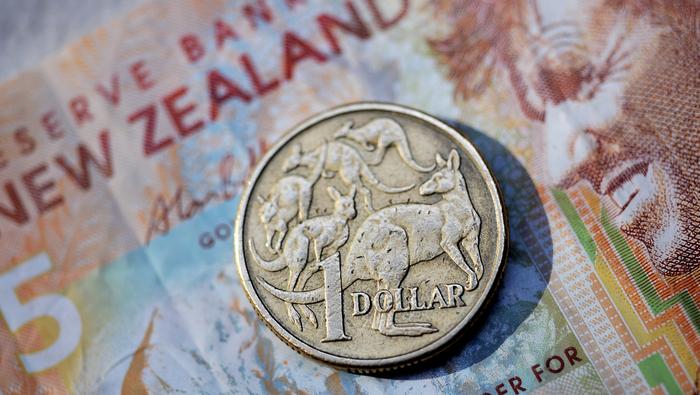 NZD/USDpulls back from a fresh yearly high (0.7051) as the US Dollar continues to reflect an inverse relationship with investor confidence, but recent developments in the Relative Strength Index (RSI) instill a bullish outlook for the exchange rate as the oscillator sits in overbought territory.

NZD/USD appears to have reversed course ahead of the June 2018 high (0.7060) as global equity prices come under pressure ahead of December, and swings in risk appetite may continue to sway the exchange rate as the Federal Reserve is likely to endorse a dovish forward guidance at its last meeting for 2020.

The Federal Open Market Committee (FOMC) Minutes suggests the central bank will keep the door open to further support the US economy in 2021 as the majority of Fed officials “saw the risk that current and expected fiscal support for households, businesses, and state and local governments might not be sufficient to sustain activity levels in those sectors.”

In turn, the FOMC is likely to reiterate its commitment in “using its full range of tools” at the next interest rate on December 16, and it remains to be seen if Chairman Jerome Powell and Co. will unveil a more detailed forward guidance as “most participants favored moving to qualitative outcome-based guidance for asset purchases that links the horizon over which the Committee anticipates it would be conducting asset purchases to economic conditions.”

Until then, key market trends may continue to influence NZD/USD as the FOMC “agreed that over coming months it would be appropriate for the Federal Reserve to increase its holdings of Treasury securities and agency MBS at least at the current pace,” and the New Zealand Dollar may continue outperform its US counterpart even though the crowding behavior from earlier this year resurfaces. 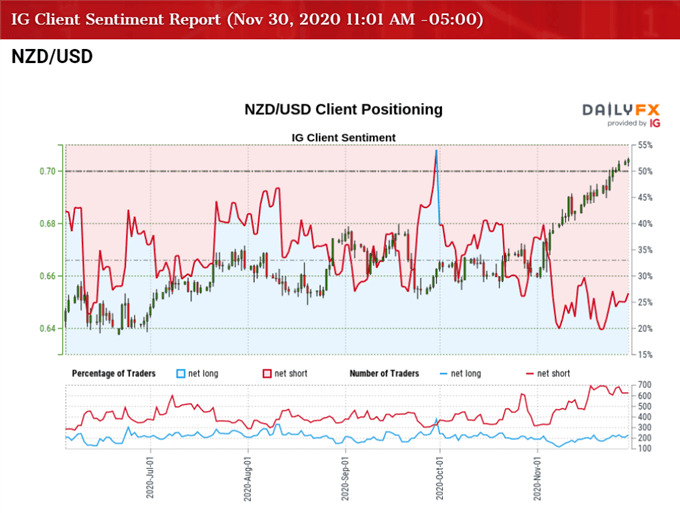 The decline in net-short position comes as NZD/USD extends the advance from the previous week to trade to a fresh yearly high (0.7051), while the rise in net-long interest has helped to alleviate the tilt in retail sentiment as only 22.10% of traders were net-long the pair during the previous week.

With that said, swings in risk appetite may sway NZD/USD over the coming days as the US Dollar broadly reflects an inverse relationship with investor confidence, but recent developments in the Relative Strength Index (RSI) instill a bullish outlook for the exchange rate as the oscillator pushes into overbought territory.