13 DAYS UNTIL THE US PRESIDENTIAL ELECTION

It is officially less than two weeks until the November 3 election and polls continue to show Democratic nominee Joe Biden in the lead. However, the spread between him and incumbent President Donald Trump has somewhat narrowed after it burst open following the first presidential debate. Looking ahead, markets will be closely watching the third and final one on Thursday. 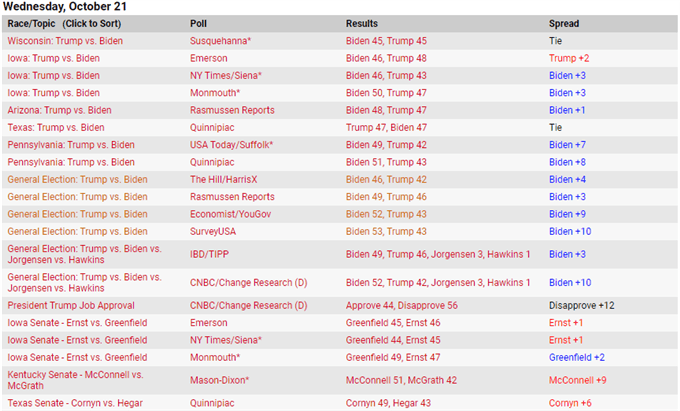 Fiscal talks continue to dominate market mood as policymakers scramble to put a bill forward. House Speaker Nancy Pelosi’s spokesman said both sides are “closer to being able to put pen to paper to write legislation”. The big question continues to be whether another stimulus bill can be passed before the November 3 election, with issues like local government aid and liability protection for firms prolonging talks.

The third and final presidential debate is coming up in less than 36 hours, and the non-partisan Commission on Presidential Debates (CPD) has made an interesting new amendment. The organization said that while each candidate is speaking, it will mute the microphone of the other candidate to ensure each has enough time to convey their message.

EUR/USD has bounced from the previously-broken 1.1698-1.1720 support range and may now challenge 2-year resistance zone between 1.1936 and 1.1965. Capitulation could signal an underlying lack of confidence in the pair’s upside potential – at least in the short run. On the hand, breaking that multi-layered ceiling could signal the start of a bullish resumption. 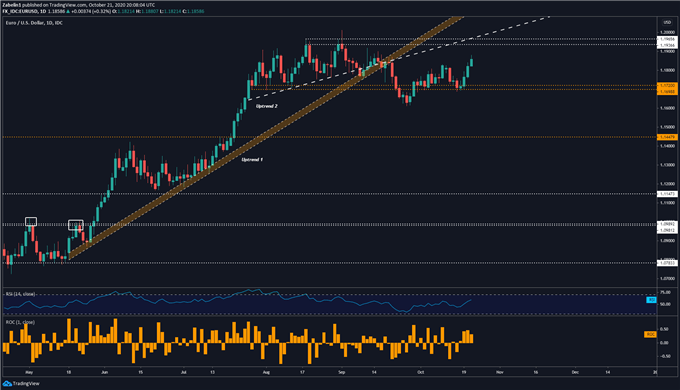